Perhaps it should come as no surprise that the Hill Museum & Manuscript Library (HMML) is home to one of the largest Ethiopian manuscript collections in the Midwestern United States.  However, the means by which this collection has grown is rather different from most.  HMML started working with the Ethiopian Manuscript Microfilm Library (EMML) in Ethiopia in 1973. Through many difficult years of conflict and famine in East Africa, HMML attempted to keep the microfilming of Ethiopian manuscripts on track, and in recent years it has returned to digitize (or to collaborate in digitizing) even more manuscripts.

At this time HMML has about 8000 manuscripts on microfilm, and many more digitally photographed.  Of course, this has led to a need for cataloging, which has been ably provided over the past 40 years by William Macomber and Getatchew Haile.  As a result of their professional work, HMML came to be known as an important center for Ethiopian manuscript studies. 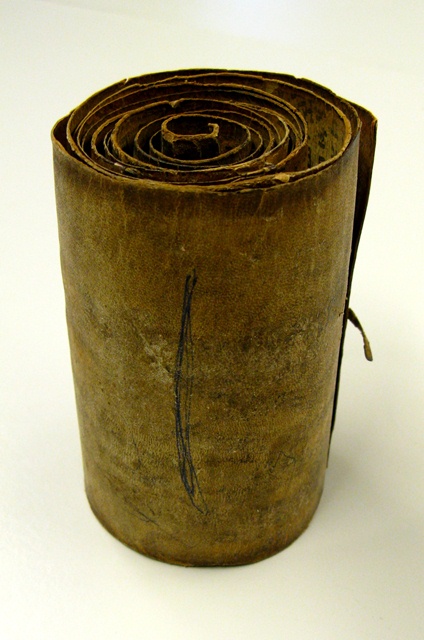 Today, in addition to the microfilms and digital copies, HMML has about 50 Ethiopian manuscripts in its own collections.  Most, if not all, of these manuscripts came to HMML as gifts, starting in the 1970's.  I hope over time to provide a brief general introduction to several of these manuscripts (since I do not read Ge'ez or Amharic, I can only provide very general comments!).  Of these manuscripts, the majority are what we traditionally think of as books--codices, albeit ones with handwritten parchment leaves, not printed pages on paper.  About 20 of these manuscripts are actually rolls, often called magic scrolls or prayer scrolls. They are prepared in a special healing ritual by a dabtara (or debtera), an "itinerant religious figure among ... the Ethiopian and Eritrean Orthodox Tewahedo Churches." (Wikipedia)  I hope in a future blog post to provide a little context to this ritual.

For two earlier posts on Ethiopian topics, go to:


Angels looking out at us


The Encyclopaedia Aethiopica (Wiesbaden, 2003- ) describes these scrolls as "Christian written amulets ... made up of crude parchment or leather (up to three strips usually sewn together with thongs of the same material) ..." whose "protective effect is realized by the mere possession of them, not by reading." Due to their constant use, scrolls generally do not get to be very old, and often date only to the 19th or 20th centuries.

Unrolling one of these bundles exposes a whole new world, radically different from that around us in North America.  Along with their unusual format, the scrolls are especially noteworthy for their decoration, which usually includes a picture of a protective angel--usually Michael or Gabriel--or demons, or faces within frames, or events from Ethiopian legend.  Here is a small gallery of angels from the HMML collections. Note that some of the manuscripts below have been donated to HMML within the past year, and are essentially still uncataloged.