HMML and Manuscripts at Kalamazoo!


Every year a huge (but very well-behaved) crowd descends on Kalamazoo, Michigan, to spend four days discussing the history, literature, culture, music, law, life, and much else from the Middle Ages.  The International Congress on Medieval Studies (ICMS) is the largest (and longest-running) such gathering in the world.  The Hill Museum & Manuscript Library (www.hmml.org) has been active at Kalamazoo for decades now.  This year (2012) marks a high point in our participation as HMML will be displaying eight manuscripts from its own collections at the Congress.  HMML has numerous medieval manuscripts including seven books of hours, a gradual, two antiphonals, and several smaller, personal manuscripts. While the fancier Books of Hours are staying at home (in Collegeville), some representational items will travel to Michigan.


The selection for the 2012 ICMS includes a 14th-century Graduale with decorated initials, an early 17th-century Book of Hours (no miniatures or decoration, I'm afraid), a Confessionale copied about 1500, a preacher's manual and a couple monastic miscellanies.  There is even an Ethiopian prayer scroll (not medieval, mind you) that demonstrates the diversity of our collections. 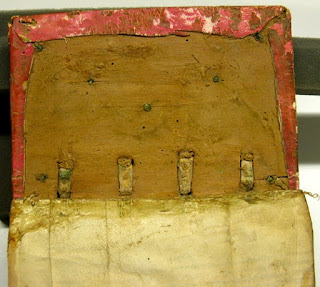 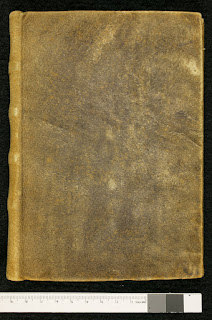 For those interested in the exhibition, it will be open whenever the Special Collections are open during the Conference.  There will also be a chance to view the books at the HMML reception which will be held in the Meader Room on Thursday, at 5:00 pm.


A short (2-minute) video on the Graduale that will be on display.

I look forward to visiting with you all in the friendly environs of Western Michigan University--only about 10 days away!