Never before seen ... on the HMML blog!

So my boss comes to me last week and says something to the effect of "oh, by the way, there are about three boxes of books in my office that are to be reviewed for addition to the rare books collections."  Oh, OK.

This happens every so often: a box arrives, or the phone rings, or an e-mail pops up with news of a gift (or intended gift) to the Hill Museum & Manuscript Library and/or Saint John's University Rare Books.  In recent weeks I have written about the largest gift from the past few years--the Anderson Collection of Minnesota history and culture.  I am excited to say that examples from this gift are on display at the library until the summer of 2013.

This week, however, I would like to look a couple books from the latest gift to the library (with apologies for any fuzzy photos from my "point-and-shoot").

For many years the Benedictine community at Holy Cross Abbey served the area round Canon City, Colorado.  Like Saint John's Abbey, Holy Cross was an offshoot from Saint Vincent's Archabbey in Pennsylvania.  The community started with just two monks in 1886, although it grew over time.  For many years they operated a school, just like Saint John's, but the school closed in 1985.  The abbey itself closed in 2006.

During their time at Holy Cross, the monks gathered a small collection of rare books, some of which have been donated to Saint John's.  I will share three of the more interesting items with you today.  The first is volume 2 (only) of Hinrich Lichtenstein's travels to southern Africa in 1803-1806.  HMML has a small collection of materials related to eastern Africa (in particular, Ethiopia), but (I believe) this is the first in our holdings to offer material on the southern tip of that continent.

Another title adds to our small holdings in the natural sciences.  Pietro Andrea Mattioli (1501-1577) was born in Siena, Italy. He practiced medicine at the Hapsburg courts and made major contributions in the area of botany.  This gift included a 1573 edition of Mattioli's Discorsi, which provides an encyclopedic overview of plants--based on the Dioscurides of medieval traditions--along with some explanations of animal life, as well as agricultural scenes (dairy farming, bee-keeping).

Also in Matteoli's volume is a brief discourse on distilling, which includes pictures of a few distillation furnaces: 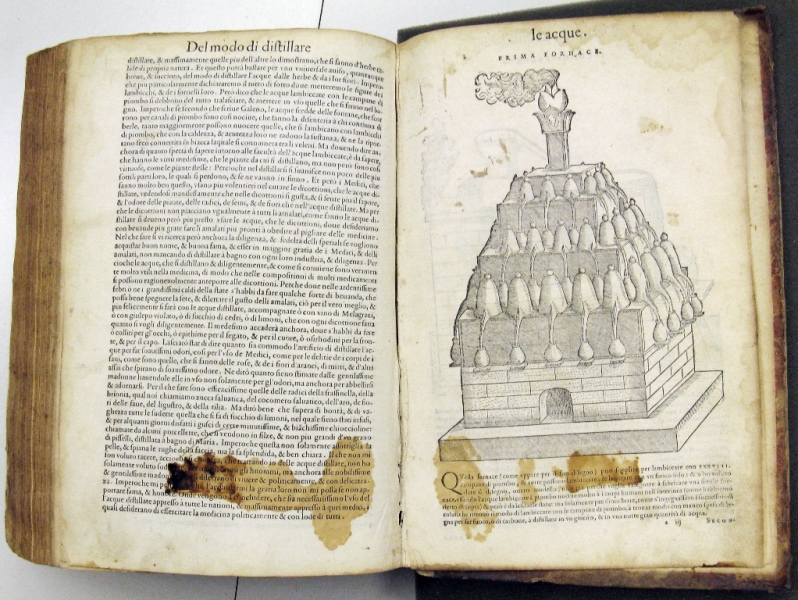 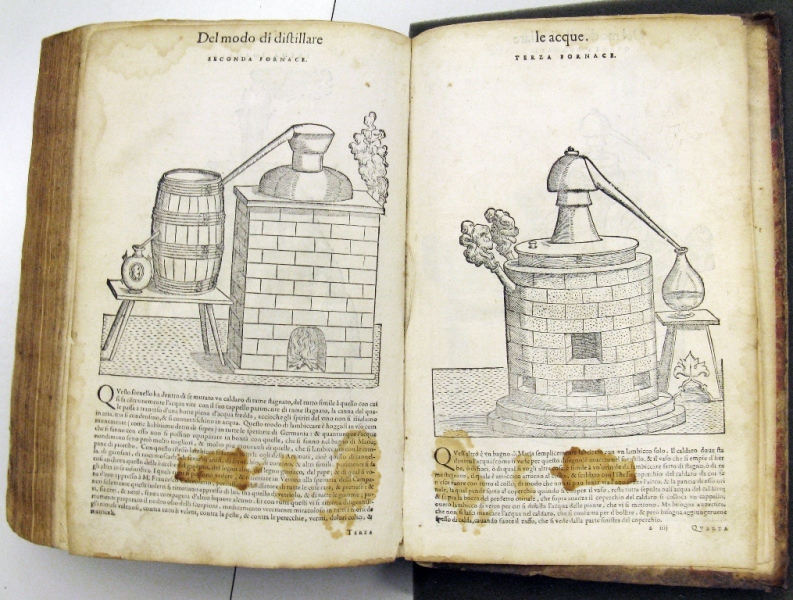 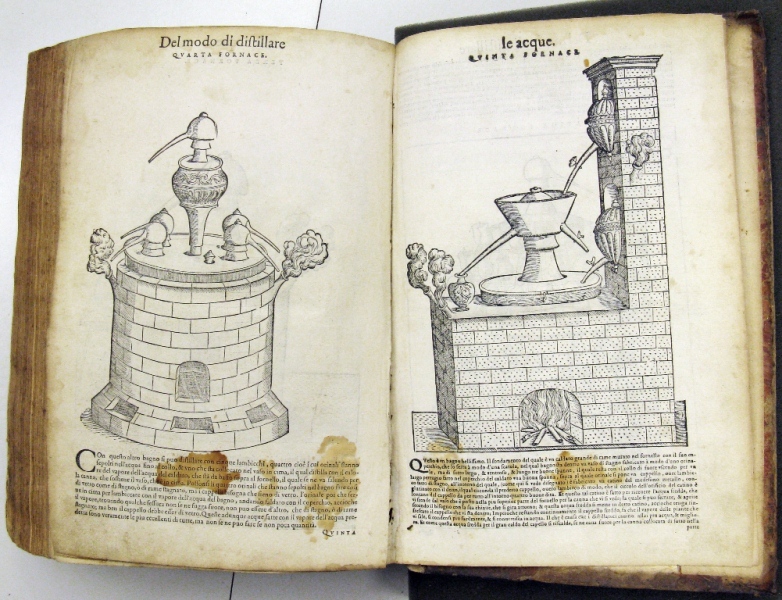 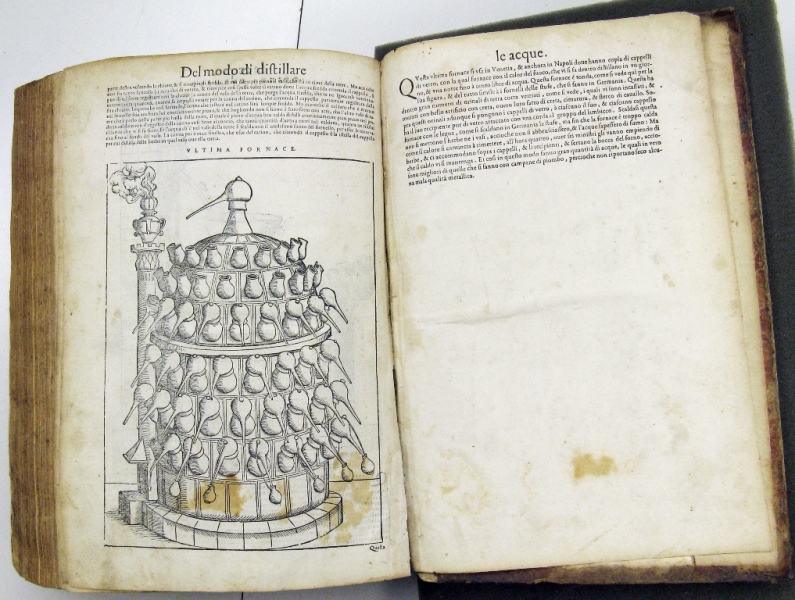 Since Saint John's already has a substantial collection of Bibles, it is great that we can point to an addition to our holdings here as well.  In 1657 the German publisher Christian Kirchner (with the help of printer Johann Wittigau) produced a very large "polyglot" Bible, although substantially smaller than the polyglots from Spain, Antwerp, or London.  In this case, the languages include Greek, Hebrew and Latin (not the many other languages that often appear in polyglot Bibles). This Bible comes in one volume, with the pages starting at both the front and the back.  In the front appears the Greek New Testament, along with the Old Testament books that do not appear in the Jewish Bible. 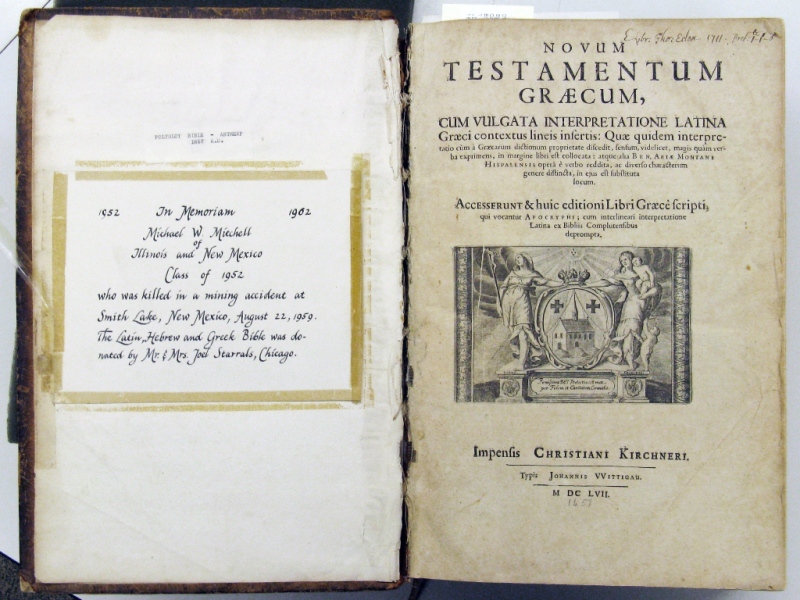 In the back of the same volume appears the title page for the Old Testament in Hebrew (with interlinear Latin translation): 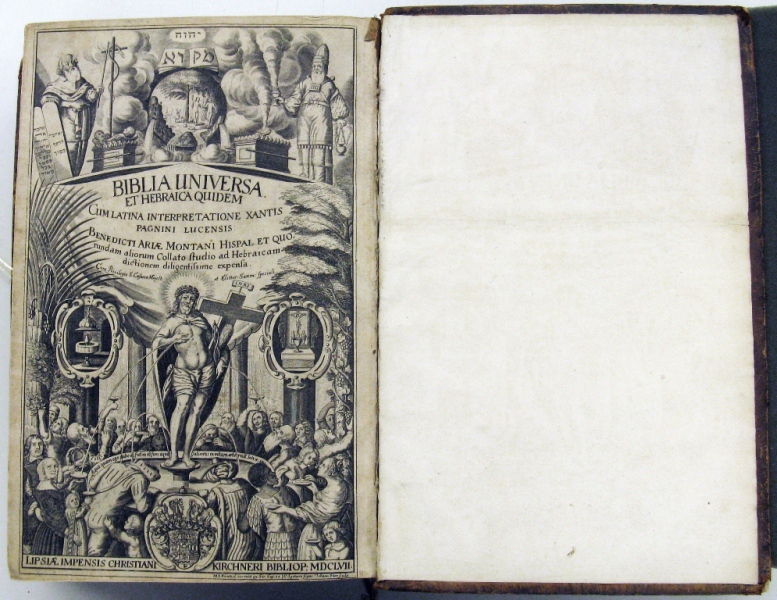 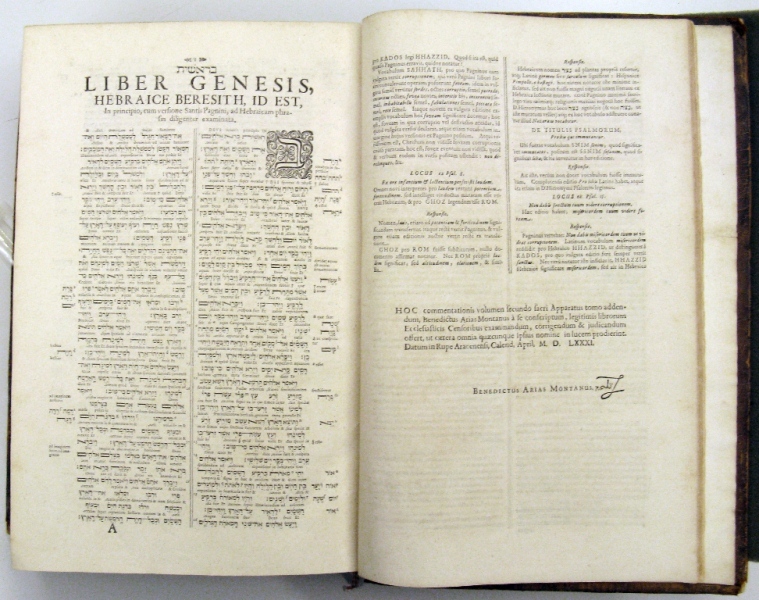 This edition is linked back to the Antwerp Polyglot of Christopher Plantin (also called the Biblia Regia, published about 1570) and the Complutensian Polyglot from 1514-1517, thus showing the continuing influence of sixteenth-century scholarship.  The Arca Artium Collection at Saint John's includes a copy of the the Plantin Polyglot, in eight volumes; meanwhile, our neighbor, Alcuin Library, has a facsimile of the Complutensian Bible, as well.  Combine this with the London Polyglot (in the Saint John's Rare Books Collection), and we have a very good offering for those studying the Bible, the transmission of the Bible, as well as Early Modern and/or Reformation history.

There are other books in the gift from Holy Cross Abbey, to be sure.  Perhaps I will discuss some of those on another occasion. For now, these three volumes have made the pilgrimage to Brother Andrew, the "book doctor" at Saint John's.  All three volumes had been repaired at some point with heavy brown tape, which has dried and is falling off (leaving a residue).  In addition, a couple have yellow tape holding in some of the pages.  Brother Andrew will remove the tape and do what he can to repair the bindings responsibly, without major loss of binding information!


Until next time, happy reading!