Sage advice for the budding scholar ... 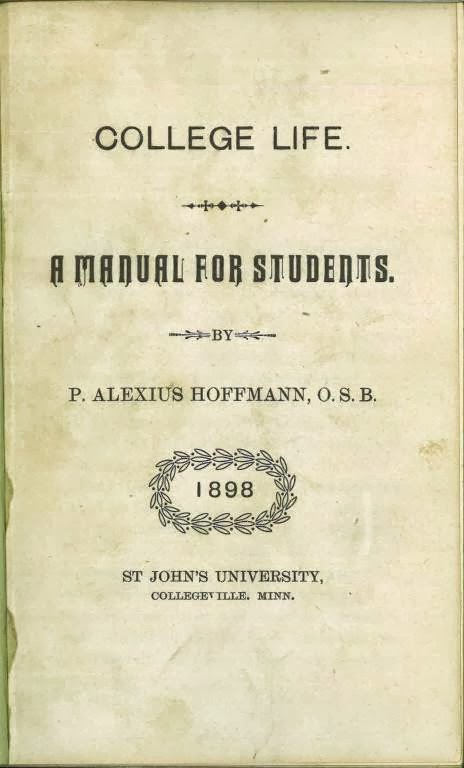 One of the more proficient monastic authors at Saint John's a hundred years ago was Father Alexius Hoffmann, OSB (1863-1940).  His list of works includes poetry, a martyrology, a history of the first 50 years of Saint John's, and most importantly: a guide to student life at Saint John's University (published at Collegeville in 1898).

Under chapters on Studies, Personal Qualities, Good Behavior, The Christian Student, Table Etiquette (very important!), etc., he offers useful advice for Saint John's students that extends from the personal:
To the practical:
But of special interest to us in the context of a blog on books is Father Alexius's list of the best reading for a young man.  Great classics of literature--if you can still find them. 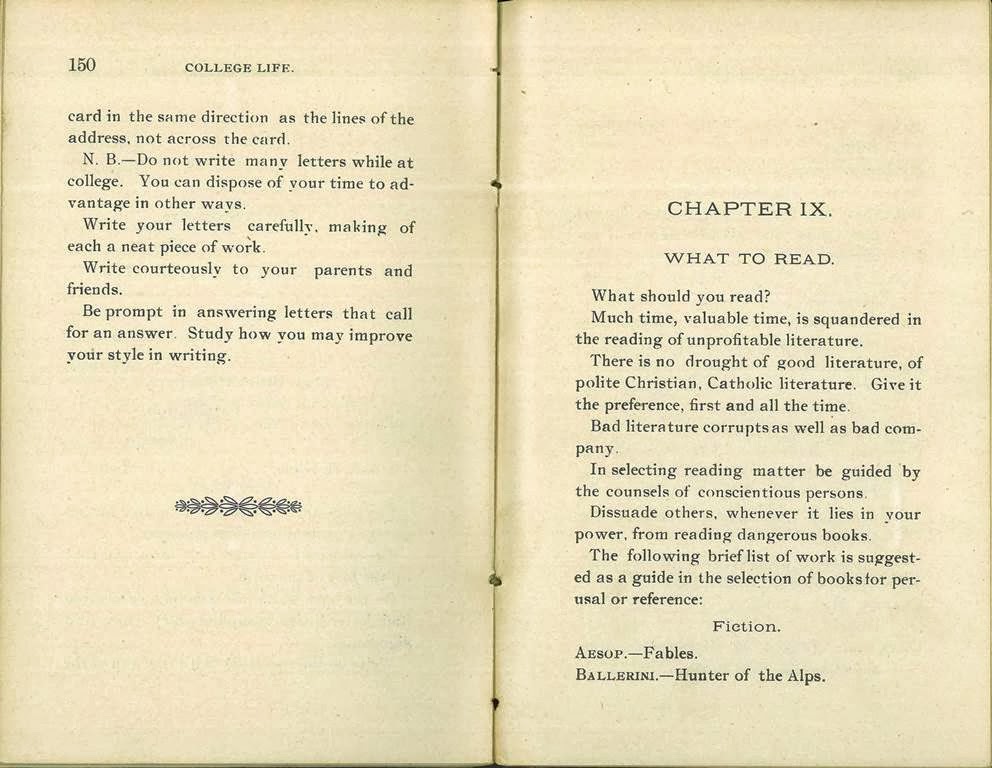 Under the heading of "What to Read," Father Alexius starts with general comments on the type of literature that is good for students--"polite Christian, Catholic literature."  He then proceeds to his bibliography of classics, grouped under generic headings:  Fiction, Poetry, History and Biography, Literature, Religious, and Miscellaneous. 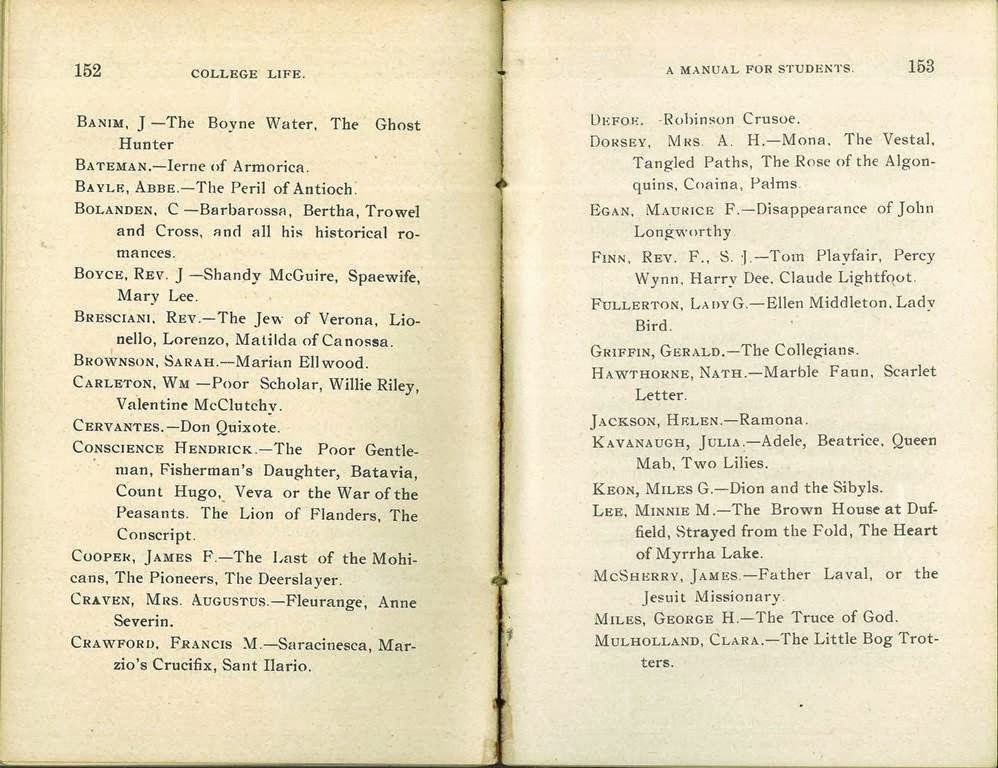 Some works, like Aesop's Fables and Cervantes' Don Quixote, are still readily available for readers. Others, like those of Conscience Hendrick or James McSherry, no longer appear in the Saint John's University library catalog. Still others may surprise you (Lionello by the Rev. Bresciani is held in a late 19th-century imprint). 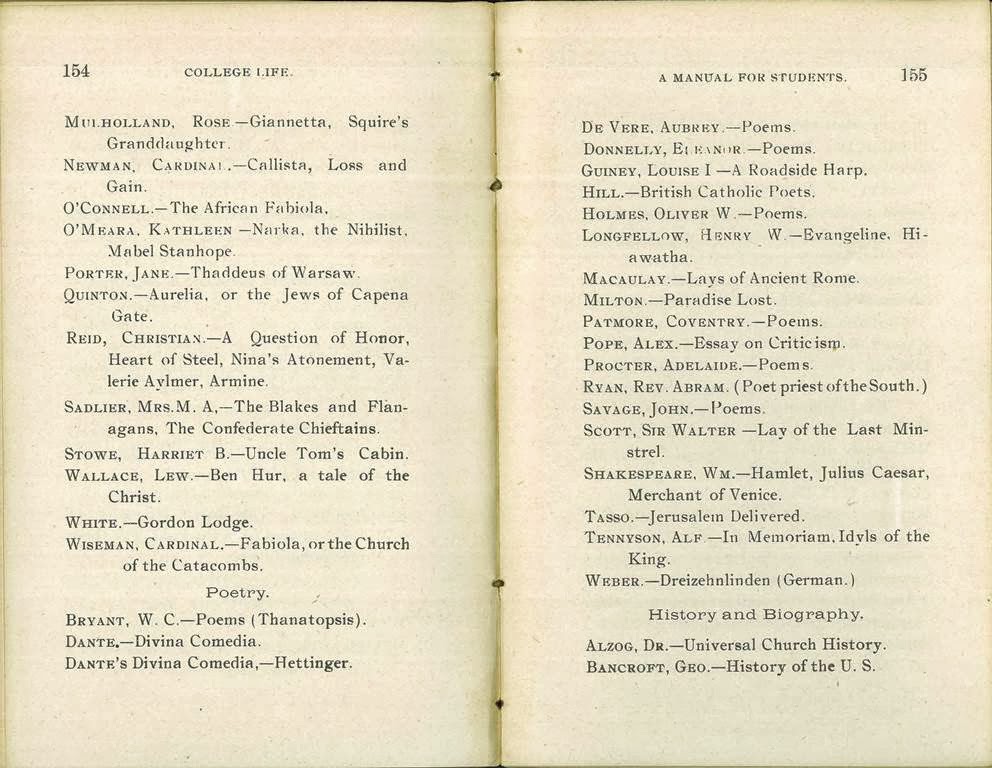 This provokes a perhaps useful question for us today:  here is a list of works that for one person (and perhaps we can say even for one community) constituted a "canon" of good reading 115 years ago. Since I work in a library where most of the books are quite a bit older than that, this does not seem so long ago! 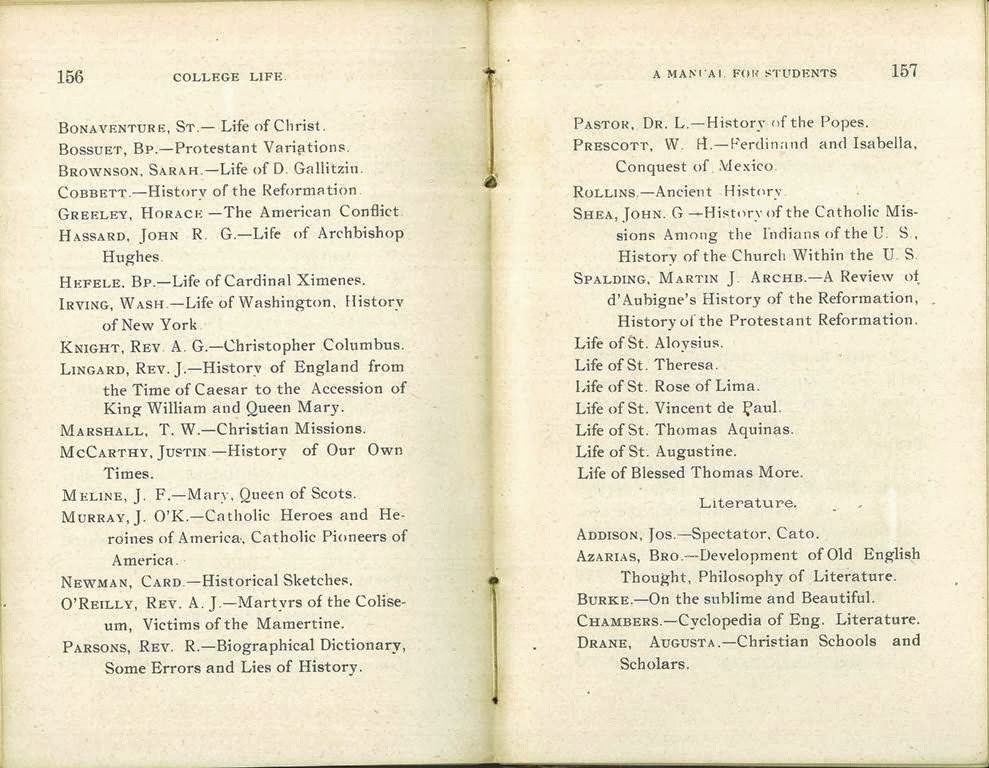 Perhaps some enterprising student at Saint John's or at the College of Saint Benedict would like to study the cultural milieu of students at the turn of the last century--a time of cultural upheaval and innovation in Europe and the Eastern United States.  For example, in the same year that Father Alexius' guide was published, Oscar Wilde published his Ballad from Reading Gaol! 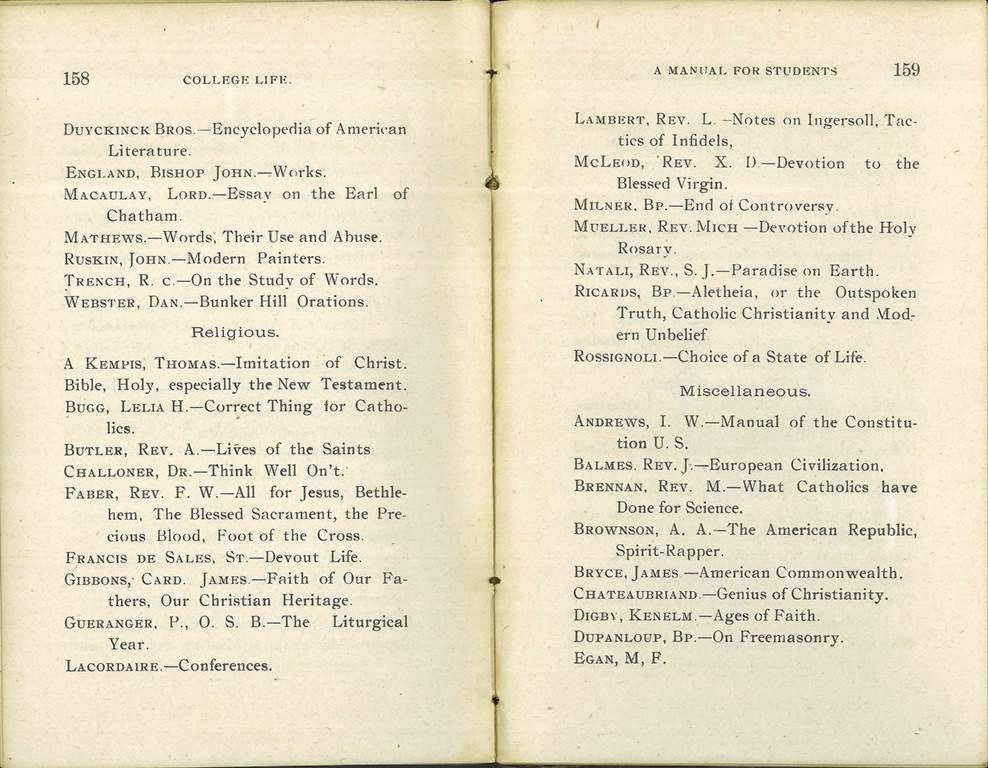 So, one can study those works that are no longer known (or commonly available) today--perhaps with the help of digital online books (at Archive.org, Google, or elsewhere).  One could also study the differences between the cultural landscapes or horizons for readers in the Upper Midwest and those in New York, London, or Paris. 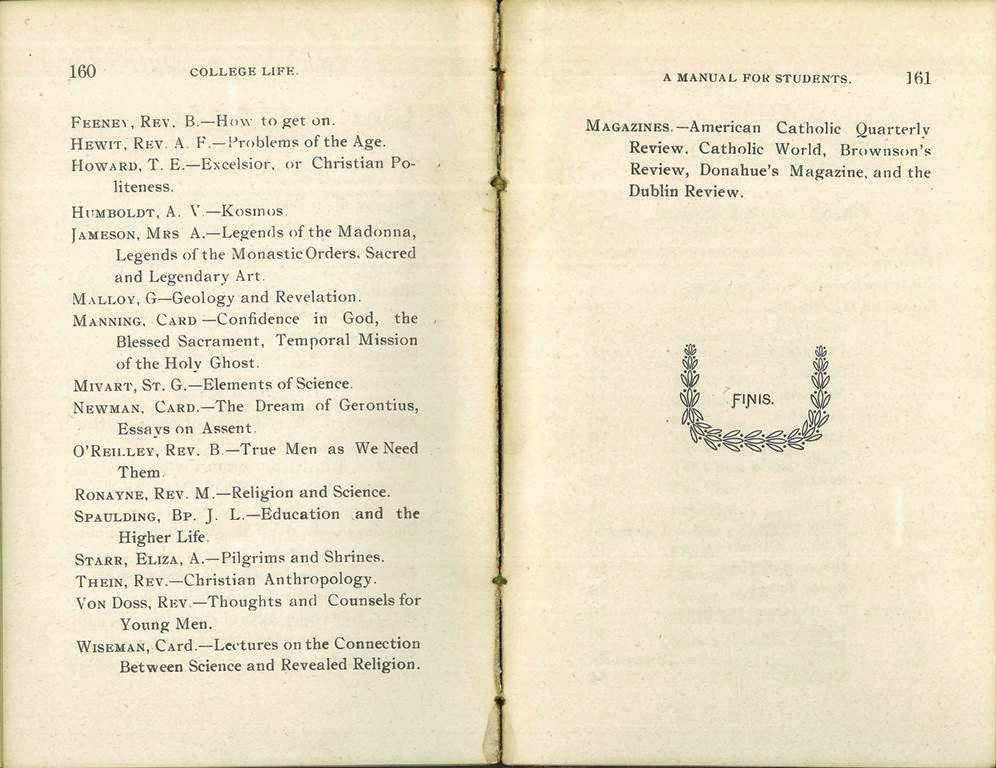 At the very least, we have a wonderful opportunity to delve into the cultural life of a time and place that is simultaneously foreign and familiar to us--wherein lies the alterity of Saint John's in 1898 and 2013.

Plus there is some amusing reading in there, as well!

Fortunately, Father Alexius's entire book has been digitized and is available (for free!) through the Saint John's University Archives (under the direction of Peggy Roske) at:


So, now that the 2013-2014 school year is starting, let keep in mind Father Alexius' admonition:

"The college student is called to be a leader in thought and action among his contemporaries. Let him prepare himself thoroughly by diligent study and honorable conduct." (p. 9)