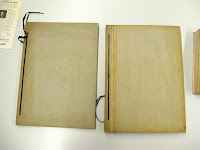 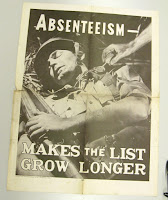 Click on any image to enlarge it.
Thus, the records of the past come down to us in many forms, some of them more fragmentary than others--and some of them fragmentary through intent, not neglect.  In some cases, these scrapbooks may have actually saved the art they contain from oblivion, but in most cases they have probably effaced the past through destruction of the context in which this art was intended to be seen and consumed.
Fortunately, my daughter has not yet learned to cut up books, but she has already cut a picture that she liked, from a box.   For now, at least, let's keep the scissors and glue in plain sight ...
Posted by Matthew Heintzelman at 8:34 AM No comments: