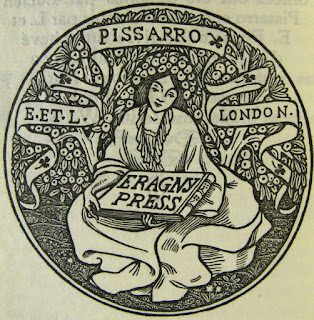 The Hill Museum & Manuscript Library is fortunate to have a very strong collection of rare books and manuscripts that can be used to promote discussion and learning for classes of many ages.  In the Since the end of January, the Library has welcomed many groups to its premises, and staff has also visited groups elsewhere.  Many groups come specifically to hear about the Saint John's Bible.  As I do not work with the Saint John's Bible personally, I devote my presentations to a broad range of subjects supported by HMML's collections.  Here is a list of recent presentations using books and manuscripts from the Library: 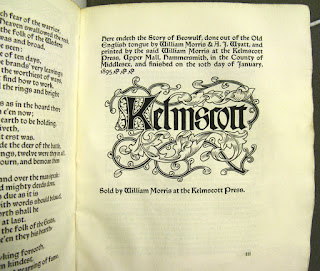 Below I will offer a small gallery of photos from the fine press collection at Saint John's.  These books (and several others) were used for the presentation on the Art of the Printed Book, a studio class taught by Rachel Melis at the Book Arts Studio on the campus of our sister institution, the College of Saint Benedict.  Many examples of books and printers/publishers from the years 1890-1940 are also listed on the  Library's Wiki site: 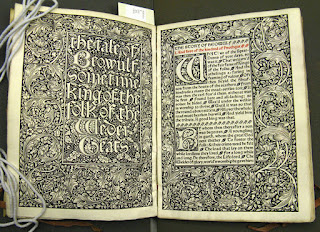 Of course, it is difficult to discuss the fine press movement without referring back to earlier influences on their work. So, I also pulled out a title published by Nicolas Jenson in 1475 so that the students could see the work of a fifteenth-century printer who influenced Morris greatly, especially in his type design. 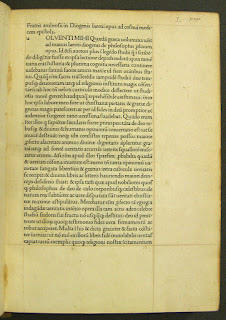 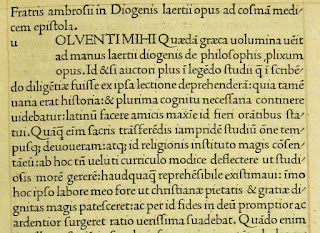 Along with the Kelmscott Press, the students saw examples of work from three presses that followed closely in Morris' footsteps:  the Doves Press, Vale Press, and the Eragny Press.

The Doves Press operated for several years under the direction of Emery Walker and T.J. Cobden-Sanderson. Their five-volume edition of the Bible is generally considered their masterpiece and the dramatic initial "I" belies a printing style that is far more sparing in decoration that Morris' own.


The Vale Press was operated by another associate of Morris, Charles Ricketts, who also supported the work of other fine presses. 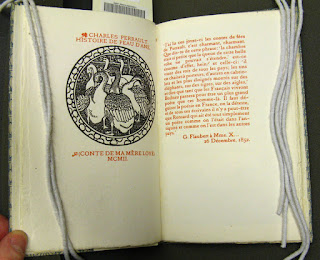 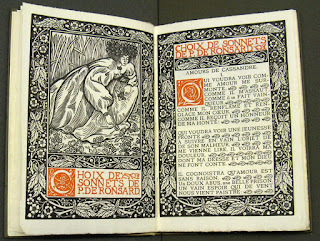 The Eragny Press was run by Lucien Pissarro, son of the famous artist Camille Pissarro.  These books display a softer side to the fine-press works, especially in the use of illustration and the now-transformed border decorations from Morris' own style.

Although I use the class to emphasize the international growth of the fine press movement in the 1890's and beyond, I will close here with one more set of examples from England--Saint Dominic's Press.  This press was set up about 1920 (thus about a generation after Morris) as an offshoot of the Guild of Saint Joseph and Saint Dominic, a group of Catholic artisans and artists who broadened the audience for fine press books.  Among the more famous members of this group were Eric Gill (who later worked closely with the Golden Cockerel Press) and Hilary Pepler, who ran the St. Dominic's Press.

Pepler and his colleagues often treated social issues along with religious topics in their publications.  Since many of their works were small, pamphlet-like articles, their works were available to a broader audience.  Gill eventually had a falling-out with Pepler and left, and later Pepler himself was asked to leave. But the guild continued for many years after their departures.

Many of the artists who started during the height of the fine-press movement--Bruce Rogers, W.A. Dwiggins, Frederic Goudy--later became major figures in the design of type, typography and book design in the first half of the twentieth century.  Perhaps we'll hear about them another time ...