On Monday, December 12, 2011, an English class from Saint John's University and the College of Saint Benedict visited the Hill Museum & Manuscript Library to see books and facsimiles relating to the early modern age of explorations, the Caribbean region and the Americas.  Over 20 students and their professor crowded into the small classroom at HMML to hear about preserving manuscripts and rare books, about the history of books, and to see up close items from the research collections. 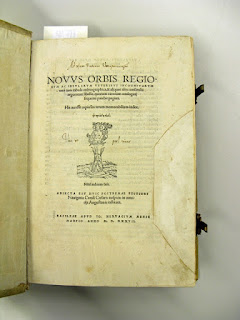 Among the items on display were histories of Jamaica and the West Indies from the late 18th century, as well as facsimiles of a 15th-century world map, books by Christopher Columbus, and the 1494 treaty between Spain and Portugal to divide up the New World.  Among the printed books was a large atlas printed in France in the years 1776-1784, the Atlas Universel, as well as a 1537 collection of accounts of explorations of the New World (the Novus Orbis Regionum ac Insularum).  These materials gave the students a chance to see up close the European view of the world in a medieval context, an early modern context and a colonial context.  The Atlas shows a North America in which there is no such thing as the "Midwest," only a region called Louisiana, where primarily rivers and lakes are identified.  Many of the names are familiar to us still today--Lake Michigan or Lake Superior, the Missi-sipi or the Saint Joseph River in southern Michigan and northern Indiana (where I grew up a couple blocks from the river).  It even includes a mark for a place called "Chicagon" at the southern tip of Lake Michigan. 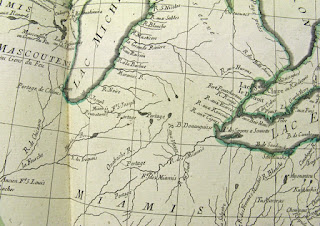 The students had the chance to hear both from a library representative about the research collections at HMML (i.e., from me), as well as from their professor, who could place the items into a context of his own research interests.  Studying the language, literature and culture of England and the United States in a pre-industrial revolution world incorporates many other resources as well.

In addition to the class visit, however, HMML staff is supporting the use of these materials by the class through a Wiki that the Library has set up to include bibliographies, teaching notes, and pictures of materials used--http://hmmlrarebooks.pbworks.com/w/page/48437083/Caribbean%20Culture.  Who knows what else we might find to put in there?

Here are more samples from the presentation. Click on an image to see it enlarged. 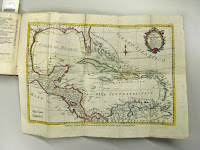 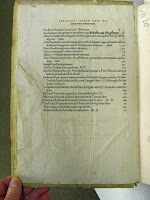 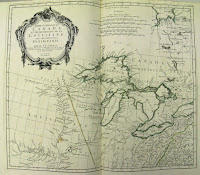 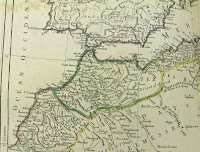 Posted by Matthew Heintzelman at 9:26 AM No comments: